10 Most Fascinating Southern Baptists of 2018 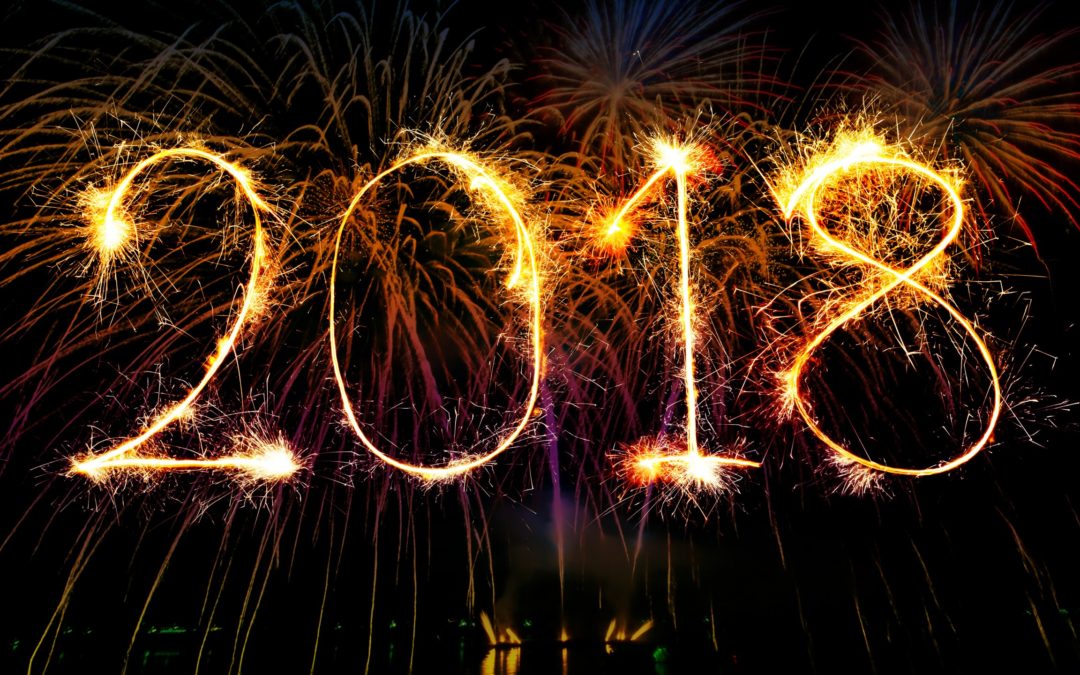 Last year, I decided to start my own list for SBC This Week. And since it was my list… I got to make the rules. The goal was to think of a diverse group of individuals who touched our lives in unique ways. They may have made an impact within the convention, or they may have been an SBC church member who made an impact on the broader culture. I made a concerted effort to pull people from different walks of life— the church, the business world, politics, athletics, etc. They are in no particular ranked order, so they are arranged alphabetically by last name. This list isn’t about negative or positive opinions. There was only one requirement, and that is that they had to be someone we’d love to talk to and learn more about what they did this year. In other words, in 2018, they are fascinating. And I’d say these ten individuals are.

Dr. Barber serves as pastor of First Baptist Church of Farmersville, Texas. He has been active in Southern Baptist life at many levels for as long as we can remember, including as a speaker for the 2017 SBC Pastors’ Conference. He blogs at http://praisegodbarebones.blogspot.com/ and contributed a chapter on religious liberty to the newly released book Islam and North America. But the most fascinating thing Bart did this year was deliver a speech on the floor of the 2018 SBC Annual Meeting, speaking from his experience as a member of the Board of Trustees Executive Committee for Southwestern Baptist Theological Seminary. 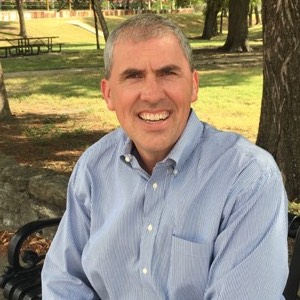 In 2016, Dr. Bingham was named as the 11th dean of the School of Theology at Southwestern Baptist Theological Seminary. But I think many of us can say we didn’t really know much about him until he was named SWBTS’ interim president. His report on the stage in Dallas introduced him to many, and he has carried out his tasks on a very public stage. 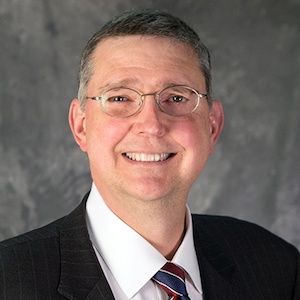 Marshall Blalock is the senior pastor at First Baptist Church of Charleston, South Carolina. He has established himself as a significant voice in the conversation surrounding racial reconciliation in the Southern Baptist Convention. This year he served as president of the South Carolina Baptist Convention and arranged for the SCBC to hold an evening worship service at Mother Emanuel Church, a meaningful experience for all. He also displayed strong leadership in challenging times for the SCBC through an open letter he released with Executive Board Chair Tommy Kelly in the aftermath of Mark Aderholt’s resignation. 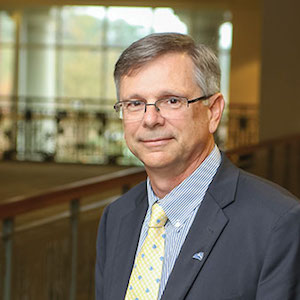 Felix Cabrera has had a year of transition. After serving many years as pastor of Iglesia Bautista Central in Oklahoma City, he is relocating to his home island of Puerto Rico to plant Iglesia Bautista Ciudad de Dios. He is a NAMB missionary, was elected in Dallas as 2nd vice president of the Southern Baptist Convention, and was just named the new executive director of The Convention of Southern Baptist Churches in Puerto Rico. His resume alone is fascinating! 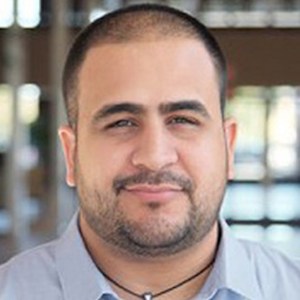 William and Heidi Haun serve as career IMB missionaries in Ghana. Heidi is a general surgeon and William works in media as well as offering teaching and ministry support to national churches. I had the privilege of interviewing them for a special podcast episode this year, and they are truly a fascinating couple. 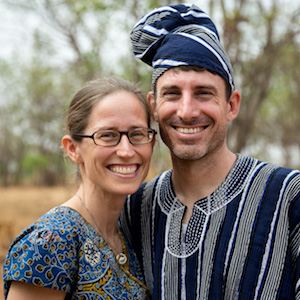 Dr. Hemphill was president of Southwestern Baptist Theological Seminary from 1994 to 2003, and has continued to serve in ministry for the last fifteen years. He currently serves at North Greenville University, and as interim pastor of Second Baptist Church in Springfield, Missouri. He was nominated for president of the Southern Baptist Convention this year, and we got to interview him as he shared his vision and prayers for our churches and entities. After that conversation, I was able to meet him in person at the annual meeting. I am grateful for his continued dedication to the SBC. 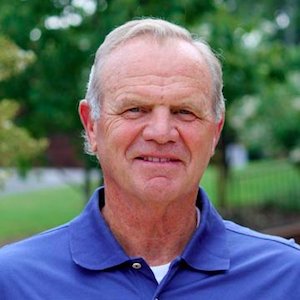 Nine-year-old Zak was a crowd favorite during introduction of new motions at the SBC Annual Meeting. This messenger from First Baptist Church-Carbon Hill in Alabama moved that the SBC add a children’s ministry Sunday to the official calendar. The motion was referred to the Executive Committee, and we eagerly await their response. Although we have not confirmed, we speculate that Zak was the youngest messenger to make a motion at the Southern Baptist Convention. In addition to his involvement in the SBC, Zak also serves as a sports correspondent for the Daily Mountain Eagle, the local newspaper in Jasper. 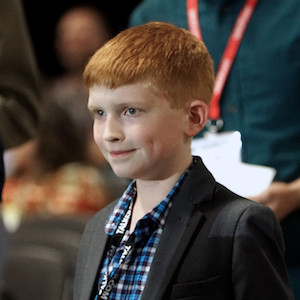 Marvin Parker made many of us happy with his point of privilege during the seminary reports, as he articulated what we all felt— “It’s cold in here!” But Marvin has done much more in Southern Baptist life than just save us from hypothermia. He is senior pastor of Broadview Missionary Baptist Church in Illinois, is a member of the Executive Committee’s African American Council, has served on the Committee on Order of Business, and gave the benediction for the 2014 annual meeting in Baltimore. 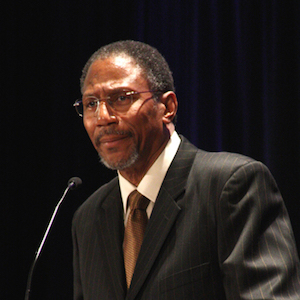 Scott Pruitt, a former trustee of The Southern Baptist Theological Seminary, is the only repeat person on the list in 2018. He was appointed to lead the EPA in 2017, and left that post earlier this year. While we make no assessment of his transition, the dramatic news coverage made him another fascinating Southern Baptist. 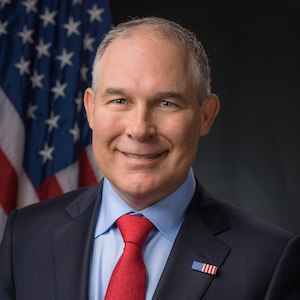 Women of the SBC

This had to come as an overarching category, because there were too many to just name one person. It has been a year of challenge in the SBC, but also a year of encouragement. The SBC passed a resolution “On the Dignity and Worth of Women on the Occasion of the One Hundredth Anniversary of Women As Messengers to the Southern Baptist Convention,” and it was a great moment to stand there and take in as the resolutions were passed. One hundred years after Southern Baptist women were made eligible as messengers, we see them serving in their homes, churches, workplaces, and communities. This year I have met countless SBC women who have inspired me and have become my dear friends. I think 2018 will stand out for some important discussions, but the women of the SBC are eager to move forward on mission with the body of Christ. 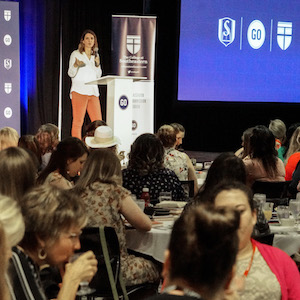