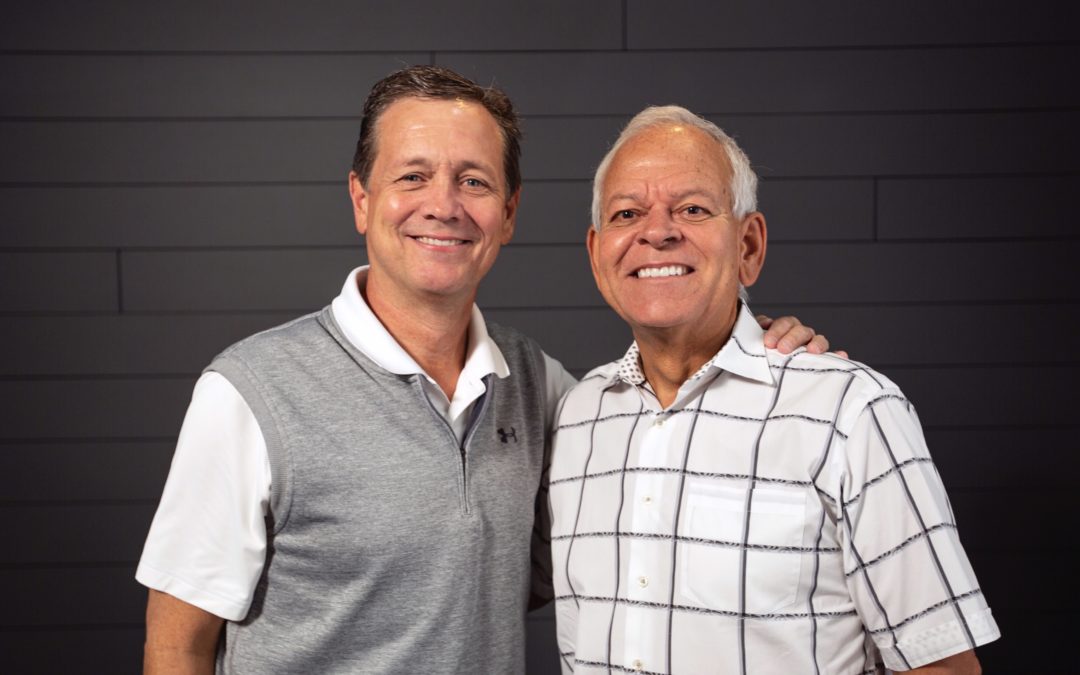 ALPHARETTA, Ga. — Johnny Hunt, longtime pastor of First Baptist Church Woodstock, Ga., and past president of the Southern Baptist Convention (SBC), will be nominated to join the North American Mission Board (NAMB) as senior vice president of evangelism and leadership. Hunt and NAMB announced the news Sunday, Aug. 26.

“I want to lead Southern Baptist churches to put evangelism back on the front burner again,” Hunt said. “Jesus came to seek and save the lost, we know what He is doing. We must join Him.”

Hunt shared in worship services at his church Sunday morning that he will walk with the church through the transition and begin serving full time with NAMB at the beginning of 2019 pending trustee approval. NAMB trustees will vote on Hunt’s role at their upcoming meeting October 2.

“I am humbled and overwhelmed by God’s favor and blessing to have a leader like Johnny Hunt willing to join the NAMB family.” said NAMB president Kevin Ezell. “The vision, passion and leadership he will bring will help us motivate pastors to lead out in evangelism.”

The group Hunt will be leading will be focused on championing the cause of evangelism among Southern Baptist churches and pastors. It will also equip pastors with tools and leadership skills that will allow them to lead their churches to become more evangelistically active.

“For as long as I can remember, Pastor Johnny has been carrying the torch for evangelism and demonstrating what evangelistic faithfulness looks like both in life and in the context of a local church,” Greear said. “I can’t imagine anyone more qualified to lead us in this. I know it is a sad day for First Baptist Church Woodstock, but it is a great day for the larger Southern Baptist community. I believe his life and passion will lead to great joy among the lost in our communities!”

Ronnie Floyd, the senior pastor of Cross Church in northwest Arkansas who currently serves as president of the National Day of Prayer Task Force, said he is “so fired up” about Hunt’s new role.

“Dr. Hunt is a living legacy of evangelism, building one of the world’s greatest churches that exemplifies the Great Commission regionally, nationally, and globally,” said Floyd, who served as president of the SBC from 2014-2016. “Equally, he is a living legacy of leadership, teaching pastors and launching leaders continually. We need these kind of pastors leading Southern Baptists.”

On Aug. 12, NAMB announced formation of the Evangelism and Leadership group and that Jim Law would serve as its executive director. Law, who has served as executive pastor of First Baptist Woodstock for nearly 28 years, will begin serving at NAMB October 1. He will handle day-to-day leadership for the group while Hunt casts vision, stirs passion for evangelism among Southern Baptists and mobilizes pastors and churches.

“My priority will be to help facilitate the present and next generation of pastors to embrace gospel conversations, soul winning if you will, witnessing as a lifestyle,” Hunt said. “After being a pastor the last 42 years, with 32 of those years at First Baptist Woodstock, I have come to believe deeply that whatever is important to the pastor is what is important to the people.  Evangelism must be the heartthrob of our pastors.

“I am very excited that the North American Mission Board, under the leadership of Kevin Ezell, has invited me to serve,” Hunt said. Still, he called the decision to make the transition “one of the hardest of my life,” but said he will walk closely with his church through the transition, adding “I still believe with all of my heart that Woodstock’s best days are ahead of them.”

Hunt has led FBC Woodstock since 1986. The church averages more than 6,000 at its weekend worship services and is nationally known for the missions ministry it has in the United States and throughout the world. Hunt served as SBC president from 2008-2010. He founded the Timothy Barnabas ministry, a conference and retreat ministry, which has been attended by more than 8,000 pastors and their wives since its beginnings more than 20 years ago. Hunt is the author of several books. His annual men’s conference attracts thousands. He pastored three churches in North Carolina before being called to FBC Woodstock.

“God has given brother Johnny a unique, international platform,” Ezell said. “He wants to continue to use it to introduce as many people as possible to our savior and to equip believers to share their faith. I am humbled and grateful that God has orchestrated this in a way that allows him to lead at NAMB.”

Mike Ebert serves as executive director of public relations for the North American Mission Board.