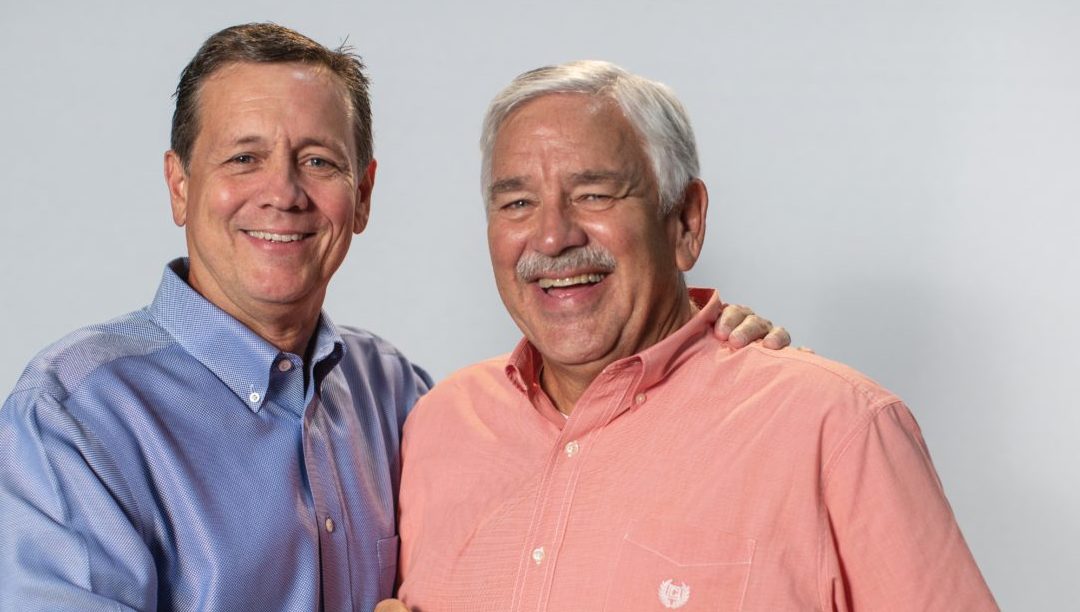 “Everything we do at NAMB is focused on sharing the hope of the gospel,” said NAMB president Kevin Ezell. “This group will serve every church and every pastor that wants to become more mobilized and more evangelistically effective.”

As executive director, Law will provide day-to-day leadership for the group. In his nearly 28 years at FBC Woodstock, Law, serving under lead pastor Johnny Hunt, helped make the church one of the top evangelistic churches in North America. With more than 6,000 in weekly worship attendance, Woodstock is also a leader in international missions and church planting in North America.

“All evangelism goes back to the local church,” Law said. “What’s important to the pastor will be important to his congregation. I want to help make evangelism the top priority and help pastors lead their people in that direction.”

A vice president of evangelism and leadership will be presented to NAMB trustees for a vote on Oct. 2 at their regularly scheduled fall meeting.

The group will include a national evangelism team made up of local pastors throughout North America who will promote and champion the cause of evangelism. These pastors, while still leading their churches, will speak on behalf of NAMB and help create resources that pastors and churches can utilize.

NAMB has had a partnership with the Timothy-Barnabas ministry for several years, allowing it to expand into new regions of North America and offering scholarships to pastors who otherwise could not afford to attend. In June, Timothy-Barnabas founder Johnny Hunt shared with NAMB trustees that he was giving the ministry fully to NAMB.

In the area of leadership, the new NAMB group will offer expanded equipping events including Timothy-Barnabus one- or two-day labs focusing on a particular area of pastoral leadership, possibly regional evangelism trainings, Timothy-Barnabus retreats for pastors and their wives, and the Timothy-Barnabas Institute, a new, two-year mentoring opportunity for pastors directed by NAMB’s national director of young leaders, Jon Akin.

“Some of the sharpest leaders we have are our young leaders,” Law said. “They are our future. We need to start investing in them more and give them seats around the table. That is one of my priorities. We won’t have a denomination tomorrow if we don’t develop these young leaders. We need their enthusiasm in the SBC.”

Ezell said Law’s love for the local church and knowledge of all levels of SBC life will be “huge assets” in this role.

“Jim is an outstanding leader who has served in a key role in one of North America’s top churches. I could not be more thrilled to have him in this role. He will bring a daily single-mindedness and drive that will keep this new team moving forward and laser-focused on the task of helping pastors and churches share Jesus.”

Law will start in his new role with NAMB on October 1. Prior to serving at First Baptist Woodstock he was minister of music and administration at Westside Baptist Church in Jacksonville, Fla., and he served other churches prior to that in bi-vocational roles.

Law served as a trustee for Shorter University in Rome, Ga., and as a trustee for Guidestone Financial Services of the SBC. He also was on the Georgia Baptist Convention’s (Now Georgia Baptist Mission Board) nominating committee, has served in multiple roles in the Noonday Baptist Association, located in Northwest Metro Atlanta, and assisted Hunt while he served as president of the Southern Baptist Convention after being elected in 2008 and 2009.

Law and his wife, Kathy, have been married 43 years and have two sons and three granddaughters.

Mike Ebert serves as executive director of public relations at the North American Mission Board.