The Process for Finding a New SBC Executive Committee President 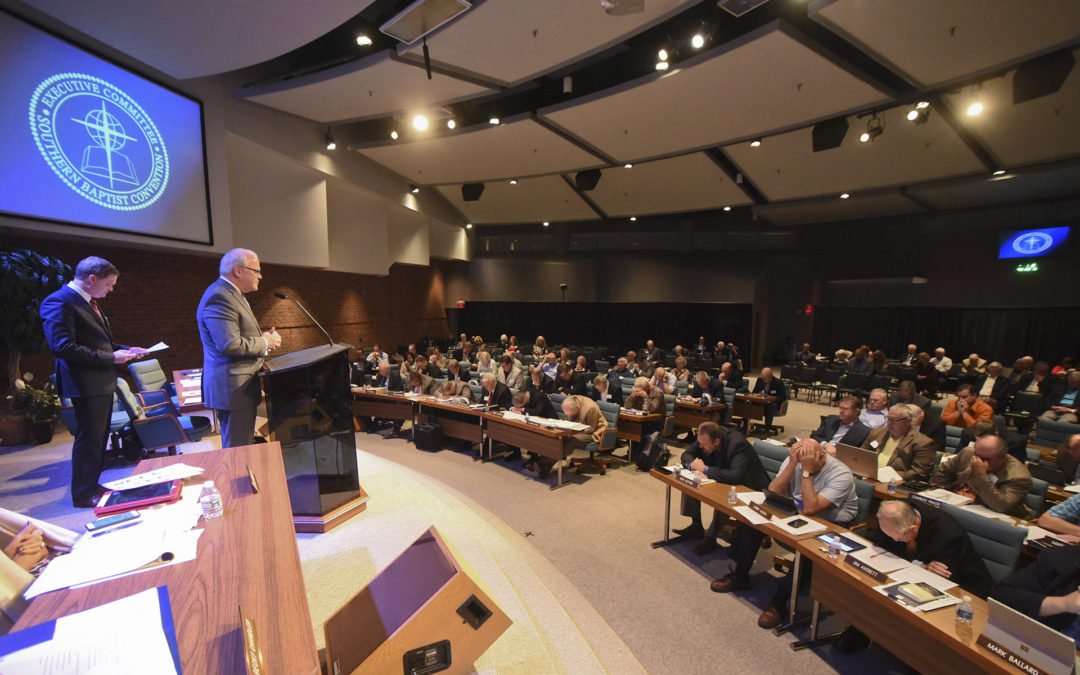 Following yesterday’s announcement that SBC Executive Committee President Frank Page had resigned, we were asked “what’s the process going forward?” Questions about interim leadership and search processes will ultimately be answered by board chairman Stephen Rummage. A press release outlining the process is likely to come this week or next. Until then, we present the following:

6.5 – Presidential Search Committee. In the event of the resignation of the president, or a vacancy occurs in the office of president for any reason, the board of trustees shall elect six of its members who shall, with the chairperson of the board as an ex-officio member with the right to vote, constitute a seven-member presidential search committee.

6.5.2 When prepared to do so, the committee shall offer to the board of trustees, in a meeting of the board held in executive session, a nominee for the office of president. No other nominations may be offered. Following the committee’s report, the board of trustees shall have the opportunity to hear and question the nominee. A trustee who is present but who chooses not to vote shall register his presence by submitting a ballot which indicates no vote. If the nominee receives a majority of the votes of trustees present, the nominee shall be elected. If the nominee is not elected, a new presidential search committee shall be selected as provided above and the nomination process shall be repeated.

Terms for naming an interim president as outlined in the SBC EC bylaws adopted June 18, 2012.

6.3.2.e The Officers of the Board may, pending action by the board of trustees, designate a vice president to act as interim president or as president pro-tem, subject to any restrictions which might be imposed, in the event of the death or resignation of the president, or in the event the president is unable to perform the duties of the office because of physical or mental impairment.

Terms for calling a special meeting of the board as outlined in the SBC EC bylaws adopted June 18, 2012.

3.9 – Special Meetings of the Board of Trustees. Special meetings may be held at such times as the chairperson may designate; not less than ten days’ notice shall be given to each trustee. The chairperson must convene a special meeting within thirty days after receipt of a written request or requests to do so from one-third of the trustees in office.